I spend more time exploring SL than I do RL, so I decided to take a weekend trip to Jemez in Albuquerque, New Mexico. It’s only about 90 minutes away. Why not? I’ve been told there’s beautiful spots with gorgeous waterfalls if one takes certain trails. We didn’t find one! However, I did find one in my SL jaunts. Lol, go figure!

Right now, I feel like there’s two parts to me. I’m a woman trying to make the best of our current situation. At the same time, I’m fighting my shadow self. My shadow self is the creepy, selfish part of me. Music helps, and I’m finding comfort in old songs.My parents played the Beatles when I was little and I’m really getting it now. Simpler times, right?

And there are no rules when you show up here
Bass beat rattling the chandelier
Feeling so Gatsby for that whole year
So why’d you have to rain on my parade?


This is why we can’t have nice things, darling
Because you break them
I had to take them away

Designer Showcase’s June round is alive and kicking. If you’re looking for vacation wear, stop by! There are loads of fun in the sun outfits that will easily fit in your weekender or suitcase(s) like me. I change my mind a lot, so I need to be prepared.

AnaMarkova’s Maya dress is the ideal ensemble to travel in and have fun in. Don’t you love dresses with pockets? Pretty dresses can be functional too! Click here if your first stop is shopping at Designer Showcase.

Sascha’s Designs has an exclusive piece at Swank’s “Around the World” August round, and it is a symphony of brilliant colors and patterns.

It actually has a shoulder decoration as well, but I opted to go strapless because I love the dainty ruffles around the bust.

Now, since you only have one more day to go around the world, you better get hopping. Click here for your private jet.

Sorry hubby. I’m in love with San Guerlian, but don’t worry. It’s a platonic love. Chop Zuey Couture Jewelry is a beautiful addition to Designer Showcase’s August round, and Belle Roussel has a very special edition of the San Guerlian Cameo Set available just for you.

Do you feel the love now? The set includes earrings, bracelets, a brooch, and 5 mixed cameo, pearl, and gemstone choker and necklaces you can layer on for a multi-strand look or just wear each piece individually.

That’s a lot of jewelry for a special 50% off price  and the pearls, gems, metals, and Cameo are texture and color change. Ooh, it’s so romantic!

Want a lift? Click Designer Showcase for your ride.

If you aren’t into the Zodiac, you’ll probably moan and groan after my next statement. I love that I’m a Sagittarius! It’s a fire sign, of course! Whenever I am uncooperative (restless, unrealistic, superficial, or lose my verbal filter), I play the Sagittarius card.

I used to own the best book called Darkside Zodiac. I traded it for Frida Kahlo’s autobiography, and I don’t know why. I was going to replace my old book, but I just found out there’s a new edition. Since it’s called Blame Your Planet: A Wicked Astrological Tour Through the Darkside of the Zodiac, it sounds like it’s right up my alley.

You got me. Yes, I live in Las Vegas, so I’m not necessarily living in the upper east side of New York, but I do love to mix my quotes. Also, I’m the Marcia ‘fucking’ Brady of the I think it’s Clark County or Spring Valley part of Vegas didn’t have the same ring. Enough of my rant.

Shine Messner, Glitter designer, started creating poses and, as some of you know, I love SL poses. When I dabbled in SL modeling, I looked for poses that were fluid for the runway. I think Shine’s poses have a graceful ballerina fluidity, so some may find them too slow for the runway, but sometimes we don’t need to snap to impress…okay, just a tad more rant.

Sometimes my co-workers boggle my mind. The interpersonal relationships in an office alone are enough to make a fake optimistic tap out.  If that’s your cruel intention…checkmate. 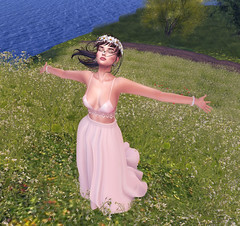 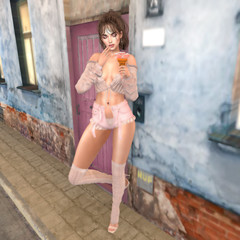 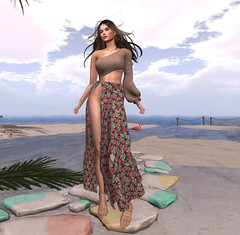 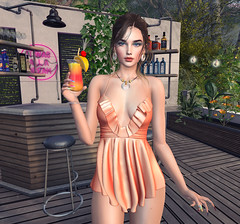 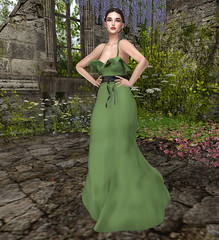